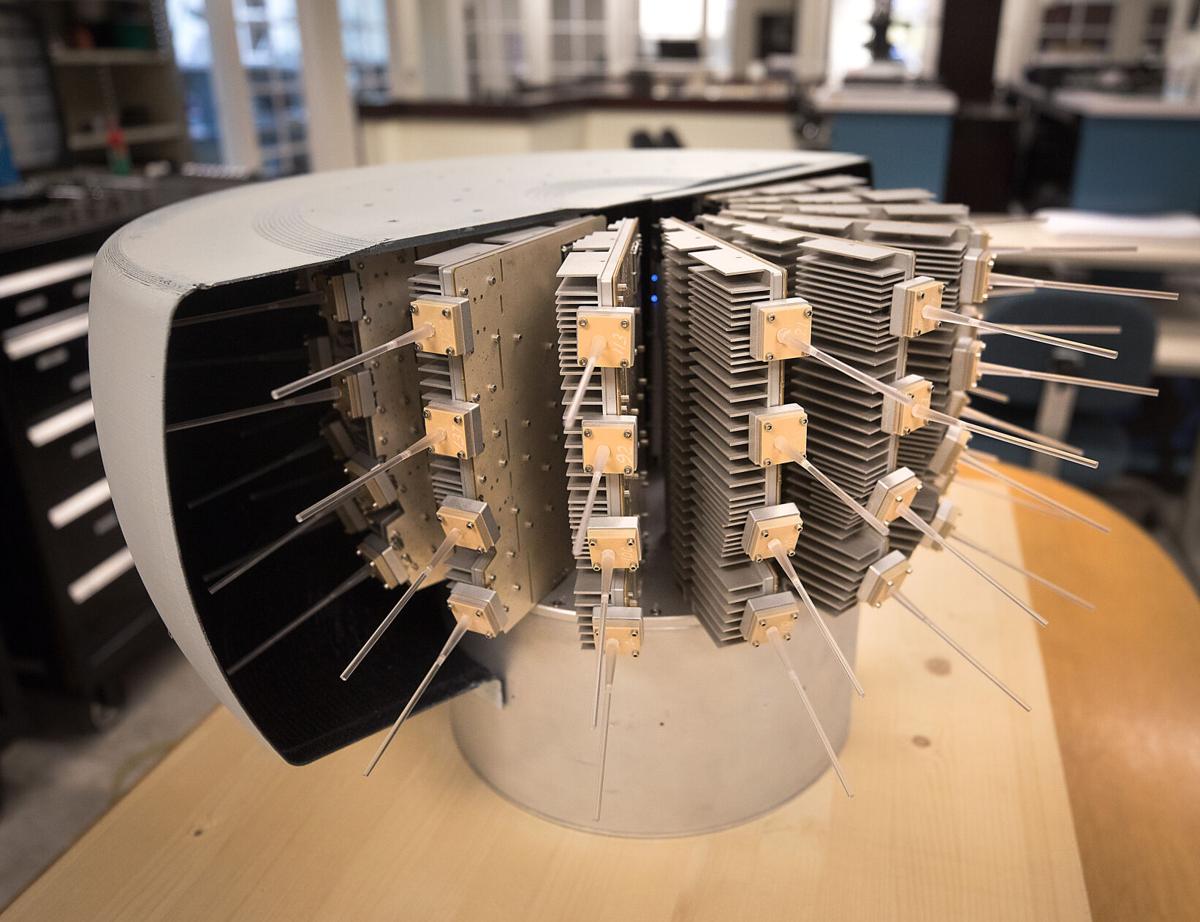 And now, with federal approval of its flagship system in hand, the company is busy looking for industry partners to help bring the production-ready system to market.

The certification — which FreeFall 5G had not previously announced — is a big deal for the company, which is a partnership formed in 2020 by local startups Electronic Design & Development (ED2) and FreeFall Aerospace, said Alex Rodriguez, president and CEO of FreeFall 5G.

“It represents a major milestone for a very early-stage company like ours in the global wireless sector,” Rodriguez said. “And it’s also critical from a vantage point of moving from that stage into our go-to-market strategy, if you will.”

“To have any credibility, you have to go through processes like these, which are critical,” he said, citing the FCC tests for safety and radiation.

The company says its FreeStar5G antenna system, which it unveiled last October at the Mobile World Congress industry trade show in Los Angeles, offers significantly greater range than other systems at lower cost, with a relatively low profile and lower power consumption than competing technologies.

The FreeStar5G antenna system operates in the millimeter wave, or mmWave, part of the radio spectrum, a still-emerging technology that offers the fastest data-transfer speed of today’s 5G technologies, which for now mostly operate at lower frequencies.

While most so-called 5G systems by U.S. cellular carriers operate at lower frequency bands, the carriers are transitioning to much faster mmWave systems, putting FreeFall 5G in the right place at the right time, said Sergio Cardona, president and CEO of ED2.

“I would expect that the full deployment would be in the next three or four years, so we’re still in the early stages,” said Cardona, a former Raytheon engineer who co-founded two successful microelectronics startups before acquiring Florida-based ED2 and re-establishing the company here in 2018.

Cardona said the FreeStar5G system uses a multiple signal input and output system to constantly seek and transmit signals in a 360-degree radius and can each host up to three or four separate radios, meaning one antenna system can serve multiple carriers.

“We’re instantaneously covering and tracking everyone at the same time,” Cardona said, adding that phased-array systems include extra electronics for tracking that increase energy usage while adding weight and expense.

Rodriguez said the 5G industry coalesced around phased-array antenna technology years before any applications were actually tested in the field, but it became clear that existing solutions are complicated, power hungry, expensive and difficult to manage.

FreeFall 5G’s antenna also is a relatively low-profile device that can be mounted on existing structures like streetlights, Rodriguez said.

Cardona and Rodriguez acknowledged that many industry players are working to become leaders in 5G technology, including major cellular carriers and device makers, midsized tech companies and dozens of startups.

But the FreeStar5G antenna system has several advantages and is production-ready, Cardona said, and the company is looking for industry partners to help bring it to market.

The partner companies have been backed by two homegrown venture-capital funds.

UAVenture Capital, a Tucson-based firm that invests exclusively in University of Arizona science and technology, announced an undisclosed investment in FreeFall Aerospace in 2018.

DVI Equity Partners, the technology investment arm of Tucson’s Diamond Ventures, led an initial venture capital round for ED2 in 2019 with a $2.6 million investment.

Rodriguez said FreeFall 5G has retained an investment bank to work with the company as it looks at partnership opportunities, while using ED2’s technical know-how to connect with peers and potential partners in the wireless industry.

ED2, which has developed proprietary 5G network equipment including signal filters, repeaters and antennas now has 17 employees and is making the electronics for the FreeStar5G antenna system.

FreeFall Aerospace, which has about 10 employees, is commercializing a new, inflatable, steerable antenna for communication satellites.

Cardona said FreeFall 5G is the only tech startup working on advanced mmWave technology in Arizona.

“We’re proud of the fact that we’re in Tucson and we have this leading-edge, millimeter wave technology,” Rodriguez said.