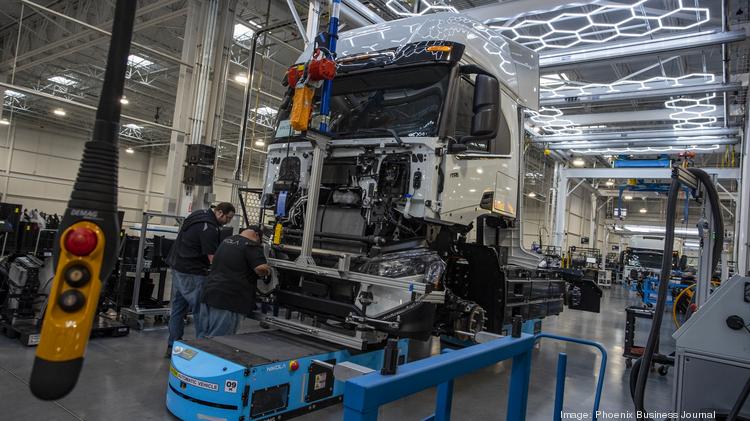 Nikola (Nasdaq: NKLA) earnings were bolstered by surprise sales of mobile charging trailers, an auxiliary line of business for the vehicle maker.

Use of Nikola’s electric trucks requires permanent charging infrastructure that does not exist today so these charging units help increase adoption as the charging network develops, according to a March analyst presentation.

Nikola reported $1.88 million in revenue for the quarter ended March 31, well ahead of the $130,000 analysts expected the company to make. The company also posted a non-GAAP loss of 21 cents per share, better than Wall Street’s expected 27 cent loss.

Nikola shares gained 6.89% in Thursday trading, a sharp contrast to the rest of the stock market which fell the day after a Federal Reserve rate hike announcement. Nikola shares are down about 25% year-to-date. Click here to follow the stock.

Earlier this week Nikola said it had sold $200 million in convertible notes to Antara Capital, which will have an interest rate of 8% if paid in cash or 11% if paid through issuing more notes. These bonds are due in 2026 and will be used for further business expansion.

The company reiterated previous guidance on Thursday, including the plan to produce between 300 and 500 trucks this year. Nikola started commercial production in March and opened its Coolidge factory to visitors last week.

The ultimate number of trucks the company makes this year is contingent upon supplier deliveries of battery packs and semiconductors; CFO Kim Brady said on the earnings call that supply chain issues have persisted, but the company has manufacturing capacity when parts become available.

Nikola expects to make between $15 million and $18 million in Q2 and between $90 million and $150 million for the full year as customers finally get behind the wheel of the Tre trucks.

Nikola also reported accruing about $23.7 million in legal fees for founder and former executive chairman Trevor Milton as of March 31. The company is responsible for Milton’s attorney’s fees under an indemnification agreement he signed before he left the company in September 2020.

Milton was charged with criminal and civil fraud in July 2021, including two counts of securities fraud and one count of wire fraud. His trial is tentatively scheduled to begin on July 18 in the Southern District of New York.

Nikola said it intends to seek reimbursement from Milton for what he has cost the company; He still owned 11.8% of Nikola’s outstanding common stock as of March 31.