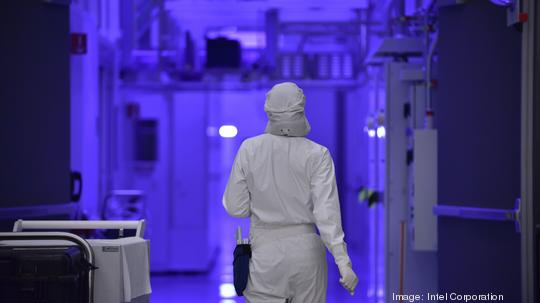 Intel is launching a $1 billion fund to support startups or other companies building technology for the foundry ecosystem. That could include novel intellectual property, software tools, chip architecture or advanced packaging, all with the common theme of technology that speeds products to market.

It is all part of CEO Pat Gelsinger’s aggressive push to put Intel back on top of semiconductor manufacturing worldwide and domestically. The strategy, dubbed IDM 2.0 in reference to Intel (Nasdaq: INTC) being an integrated device manufacturer, includes the new Intel Foundry Services business.

With IFS, Intel will build chips for other companies by renting use of its manufacturing facilities and other know-how. The move back into the foundry business for the chip giant is the basis for some of its massive expansions announced in the last year, including two new facilities, called fabs, in Arizona and in Ohio.

“Foundry customers are rapidly embracing a modular design approach to differentiate their products and accelerate time to market,” said Gelsinger in a written statement. “Intel Foundry Services is well-positioned to lead this major industry inflection. With our new investment fund and open chiplet platform, we can help drive the ecosystem to develop disruptive technologies across the full spectrum of chip architectures.”

Intel’s Chandler site, called Ocotillo Campus, is the largest semiconductor manufacturing site in the country with 12,000 employees in Arizona, and two new fabs are set to open in a $20 billion project that is expected to employ 3,000 more people.

The new fund is in partnership with the company’s venture investing arm Intel Capital, which has a track record of backing startups in semiconductor manufacturing. Over the last 30 years Intel Capital has invested $5 billion into 120 companies, according to the company.

As part of the announcement Intel made clear that it will be part of a broader ecosystem of chip technology and not just focused on the Intel-created x86 architecture that has built the company. Intel committed heavily to the RISC-V architecture in this announcement. RISC-V is an open-source instruction set that has gained popularity in the market.

“Intel is an innovation powerhouse, but we know that not all good ideas originate from within our four walls,” said Randhir Thakur, president of Intel Foundry Services, in a written statement. “Innovation thrives in open and collaborative environments. This $1 billion fund in partnership with Intel Capital — a recognized leader in venture capital investing — will marshal the full resources of Intel to drive innovation in the foundry ecosystem.”

The company says it is the only foundry that can offer intellectual property optimized for the three leading architectures: x86, Arm and RISC-V.

Additionally, Intel is sponsoring an open-source software development platform that will push the adoption of RISC-V across the ecosystem. The company is also joining the RISC-V International, the nonprofit group that supports the open instruction set.

Finally, the company said it is working with cloud service providers and others to develop open standards that will allow for chips to be more easily produced in a modular way that allows different “chiplets” to be made and then packaged together for specific uses.

These announcements, as well as other big ecosystem collaboration moves, have at least one analyst noting that this time, the chipmaker’s foundry ambition is more serious than previous attempts.

“Irrespective of Intel’s past foundry attempts, IFS appears more credible by leaps and bounds. These three announcements give me more confidence. Still a lot of execution and investment to go, but these are the right moves,” said analyst Patrick Moorhead on Twitter.