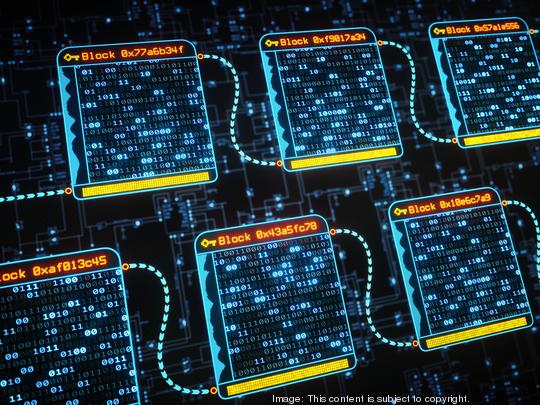 A group of Arizona organizations have joined forces to create a research center devoted to finding real-life applications for blockchain, a powerful technology that is posed to reshape the world in the coming years.

This public-private partnership is called the Arizona Blockchain Applied Research Center, or AZ BARC, and corporate members include Intel, Kudelski Security, Early Warning Services, BD and Movemedical. The Partnership for Economic Innovation oversees the effort, while Arizona State University is the research partner.

Scott Carlson, head of blockchain & digital asset security at Kudelski and member of the BARC, said this group is about showing people in the Valley that blockchain can provide real benefit to companies that embrace it.

“The point of BARC is to come up with real problems and solve them really, like actually prove that it’s doable, so that people here in Phoenix can use it to solve a problem,” he said. “We don’t need more Ph.D. research that nobody’s actually implemented in the real world. We actually got to go try this stuff and see if it works.”

The BARC was formed in 2019 after Kudelski Securities approached GPEC about forming some sort of blockchain research group, GPEC then connected Kudelski to PEI. Kudelski is a Swiss IT security company with its U.S. HQ here in Phoenix.

Blockchain technology, put simply, is a digital public record used for recording transactions or tracking assets; Each action in this record is verified by computers. There are many blockchains out there (at least 400 according to Carlson) and there is potential to use this technology in all industries, not just cryptocurrency which is the most well known blockchain user.

For example, blockchain technology is in a few years expected to help speed up the global supply chain with an accurate, transparent ledger thanks to better movement tracking and better identification of goods. Blockchain advocates hope the technology will accelerate processes around the world by eliminating middlemen and increasing trust.

Dragan Boscovic, a member of the ASU faculty who runs the ASU Blockchain Research Lab, said the proliferation of blockchain is a historic step.

“You should think of blockchain as being a third wave of the Internet revolution,” he said. “The first wave being the introduction of the internet itself and the second being the ability to stream content in real time.

The blockchain is a piece of technology, but as Boscovic noted, people need to trust it before there is mass adoption, which is just one problem the group is working on.

The place to be

The BARC was set up, in part, because Arizona’s legislature is amenable to the idea of building the state up as a blockchain leader.

Jeff Weninger, a Republican representing Gilbert in the Arizona House, has long been an advocate for boosting technology adoption in the state. Weninger previously worked on Arizona’s FinTech Sandbox and more recently helped secure state funding for blockchain research; Every private dollar that companies invest in the BARC gets matched by grants from the Arizona Commerce Authority.

Wes Gullet, operations director at PEI, said that having major tech companies like Intel and Early Warning here in the Valley creates a momentum, or flywheel effect, that helps diversify an economy that has historically been reliant on real estate development.

“Our theory is that that flywheel effect will build economic acceleration in an area that’s not real estate, and real estate development, apartment building and construction, but is a new economy for the future,” he said. “That diversification of our economy is so critical to making sure that we don’t have these ups and downs in our cycle.”

The Arizona BARC has just five corporate members now, but PEI is hoping it can attract more, reasoning that companies working on blockchain in Arizona will accomplish more by coming together. Membership in the BARC is currently $50,000 for three years.

The BARC has three complex research tasks on its plate now: Uniquely identify computer objects, establish location data for these objects and build a legal framework around blockchain.

Carlson said he thinks of the BARC’s work as building blocks that others will use to build their own tech in the future.

“These first three projects are three core building blocks that are being made available to the members of BARC, and then ultimately everybody in Arizona and beyond,” he said. “They might be waiting to launch their idea because they haven’t figured out how to uniquely identify something yet, but once that’s available to them, they’ll say, ‘Thankfully, I can finally solve my problem.’ And they launch a billion dollar industry.”