University of Arizona awarded $26 million to architect the quantum internet

Laying the Foundations of the Future Quantum Internet

CQN aims to lay the foundations of the quantum internet, which will revolutionize how humankind computes, communicates and senses the world, by creating a fabric to connect quantum computers, data centers and gadgets using their native quantum information states of “quantum bits,” or qubits. Qubits offer dramatic increases in processing capacity by not just having the 0 or 1 state of the classical bit, but also allowing what is termed a “superposition” of both states at the same time.

“The University of Arizona has been fortunate to attract key talent in quantum optics, materials and information sciences,” said University of Arizona President Robert C. Robbins. “It is rewarding to see our deep culture of collaboration across campus naturally position us to lead this extremely ambitious project in partnership with amazing institutions across the nation.”

In February, the White House National Quantum Coordination Office underscored the importance of the field by issuing “A Strategic Vision for America’s Quantum Networks.” The document stated, “By leading the way in quantum networking, America is poised to revolutionize national and financial security, patient privacy, drug discovery, and the design and manufacturing of new materials, while increasing our scientific understanding of the universe.” 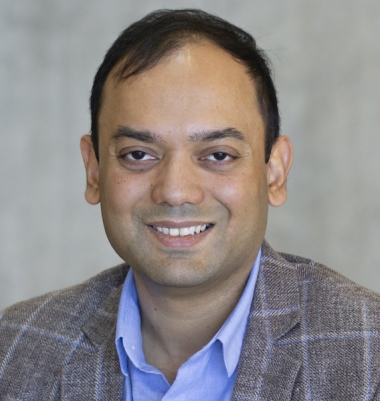 “The transformation of today’s internet through quantum technology will spur entirely new tech industries and create an innovation ecosystem of quantum devices and components, service providers and applications.  The potential impact of CQN is so immense, it is almost incalculable,” notes Saikat Guha, CQN director and principal investigator and associate professor of optical sciences. “What we are proposing to do with CQN is analogous to the critical role played by the ARPANET, the historical precursor to the internet. The pioneering scientists behind the ARPANET could not have possibly imagined the kind of computing, communications and mobile networking capabilities their discoveries would inspire and enable, and CQN aspires to follow in their footsteps to usher the world into the era of quantum networking.”

“In recent years, the university has focused heavily on quantum engineering, increasing the breadth and depth of our expertise by hiring – across several colleges – six additional faculty members specializing in quantum technologies,” said Elizabeth “Betsy” Cantwell, University of Arizona senior vice president for research and innovation. “With the strength and innovative approaches of these researchers and our strong culture of industry partnerships to translate cutting-edge technologies to the market, CQN will make significant strides towards ushering in a new era of quantum networking at market scale.” 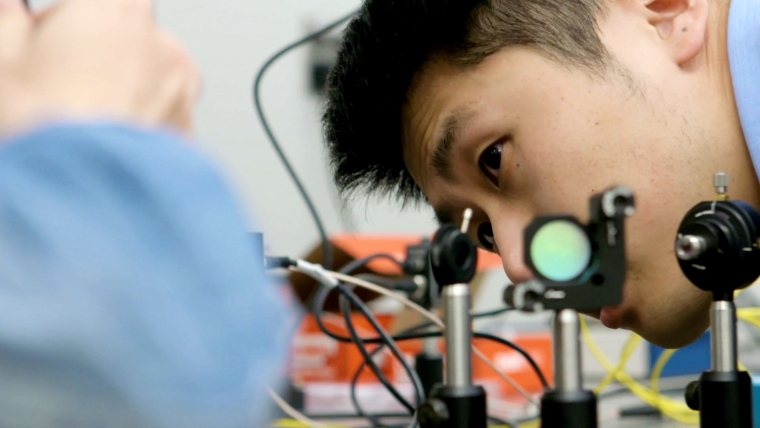 A major focus of the CQN team will be research to advance quantum materials and devices, quantum and classical processing required at a network node, and quantum network protocols and architectures. CQN also aims to demonstrate the first U.S.-based quantum network that can distribute quantum information at high speeds, over long distances, to multiple user groups.

“As one of the key goals of CQN, we will be creating a versatile Quantum Network Testbed and making it available as a national resource to validate system performance and boost innovation by the scientific and industrial communities alike,” said Zheshen Zhang, CQN Testbed co-lead and assistant professor of materials science and engineering.

Societal Impacts, Workforce Education, Community Outreach and Culture of Inclusion
As part of the National Science Foundation’s fourth generation of the ERC program, CQN has a mandate to not only develop the technology, but also drive convergent outcomes across science, law, policy and society, within a strong culture of inclusion.

“CQN has been designed to both stimulate and learn from societal impacts research examining the benefits and risks of quantum networking. This research will be informed by our CQN applications road map developed in concert with CQN industry partners, and will provide valuable insights to guide public policy recommendations, enhance our educational programs, and ensure that the economic and social benefits of quantum networking are shared equitably across society,” said Jane Bambauer, CQN co-deputy director and professor in the James E. Rogers College of Law.

CQN will be investing strongly in Engineering Workforce Development, led by professor Allison Huff, director of CQN’s EWD program and assistant professor in the College of Medicine – Tucson. CQN will define the necessary core competencies of quantum engineers, not only providing them with the necessary technical tools but teaching them to be adaptive, creative innovators in a globally connected world. This will include raising student awareness with curriculum and projects involving policy, law and societal impacts led by Bambauer and Catherine Brooks, director of the School of Information and associate professor in the College of Social and Behavioral Sciences. This EWD program will also develop one of the world’s first Master of Science programs in quantum information science and engineering, initially offered at the University of Arizona and later expanded to the CQN core partners. In its commitment to inclusion, CQN will also enhance the talent pipeline by offering student opportunities and participation across all CQN university partners, and working to nurture more broadly the particularly strong STEM outreach from CQN partners at Howard University and NAU.

A Public-Private Partnership
CQN will also be charged with providing value creation to America’s economy under its Innovation Ecosystem program led by Justin Walker, CQN’s innovation director and associate dean for business development and administration at the 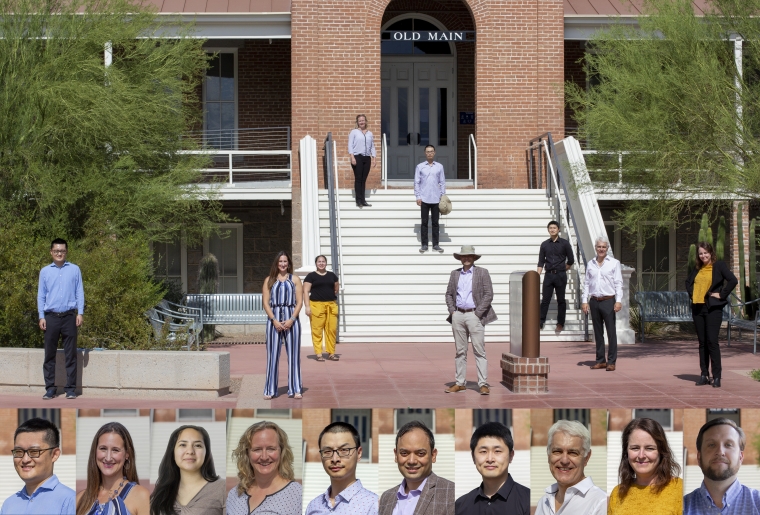 Wyant College of Optical Sciences. Just as was the case with today’s internet, quantum networking technologies show great promise for U.S. economic development. In addition to the nine university research partners, a large innovation ecosystem of over 10 companies and the potential of $2 billion of venture capital has been cultivated during the proposal process. A key component of CQN’s Innovation Ecosystem is a partnership with the Quantum Economic Development Consortium, a National Institute of Standards and Technology-led consortium aimed to form a functional bridge between quantum information science and engineering researchers and the industry. CQN’s industry partnerships will also play a valuable role in defining application road maps to inform CQN’s technical direction and research investments.

“For the last 35 years, engineering research centers have helped shape science and technology in the United States by fostering innovation and collaboration among industry, universities and government agencies,” said NSF Director Dr. Sethuraman Panchanathan. “As we kick off a new generation of centers, NSF will continue to work with its partners to ensure the success of these collaborative enterprises and the transformative, convergent research impact they produce.”