Recycling solar panels is complicated. Here’s how one Yuma company does it. 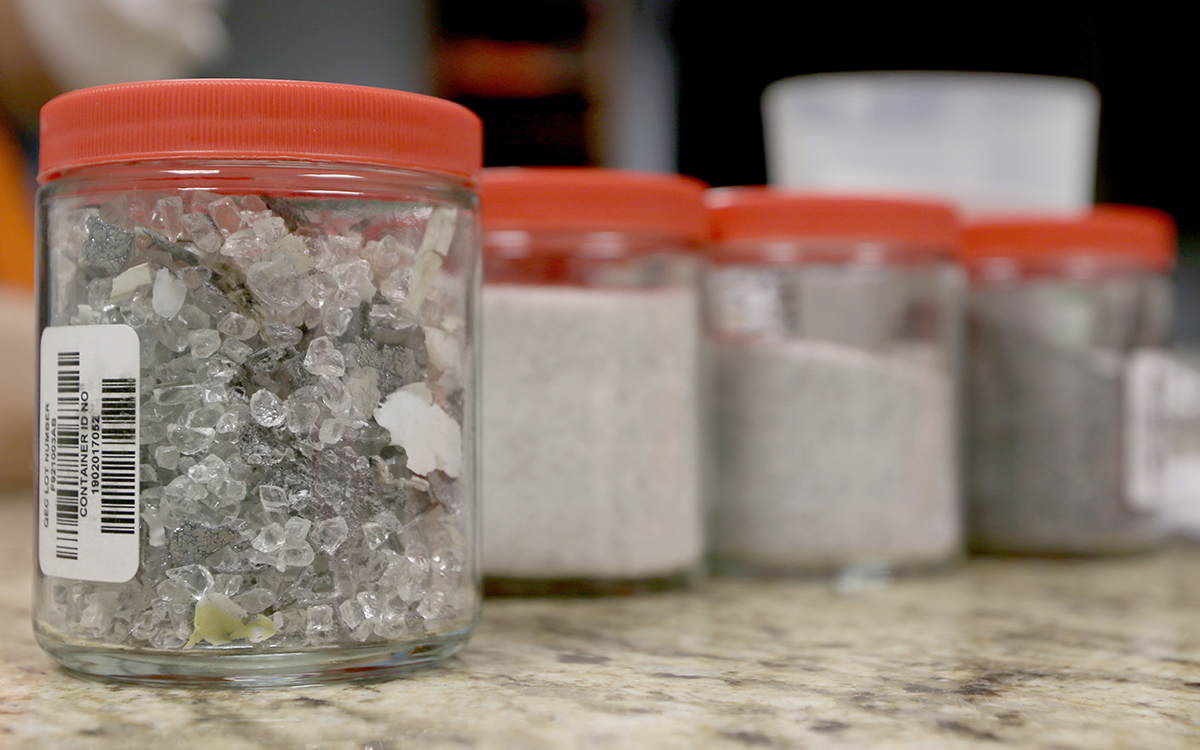 Tucked between warehouses near the airport, We Recycle Solar is repurposing, reusing and recycling the growing supply of panels that have passed their expected lifespan of 30 years.

Through multiple processes, the company refurbishes salvageable solar photovoltaic panels and breaks down worn-out panels into aluminum, granular glass and other materials that can be reused.

Waste is a growing problem around the world as solar power becomes more affordable and the need to reduce fossil fuel usage is more acute on a warming planet.

But solar recycling in 2022 isn’t cost effective, and not all materials used in solar panels can be extracted – problems the industry and researchers at Arizona State are working on.

In addition, some of that waste – lead in particular – is toxic and can cause serious health problems. Lead and other materials, including copper and silver, remain difficult to remove from recycled composite materials.

Of the 50 states, the U.S. Energy Information Administration ranks Arizona fourth in net generation from solar but second in solar energy potential.

Dwight Clark, director of compliance and recycling technology at We Recycle Solar, said the company hopes to put Arizona at the forefront of recycling by being one of few companies focused primarily on solar waste.

What does a solar panel become after it’s recycled?

For now, the three-year-old company is recycling manually, waiting on equipment to scale up. It’s scheduled to arrive in mid-July, after a 24-week delay.

Dismantling a solar panel isn’t glamorous, but the repurposing brings to light the variety of materials needed to make solar power possible.

When a solar panel enters the warehouse, workers determine whether it can be refurbished or recycled. The wiring is removed from salvageable panels, and the glass and solar cells are separated from the aluminum frame.

The remnants of the frameless panel are crushed and filtered. By the end of the process, the recycled panel becomes granular glass, plastics, adhesives, small pieces of silicon and bits of wiring and other debris to be processed and reused.

“We take a solar panel and basically reduce it to its commodity parts,” Clark said.

Clark said We Recycle Solar started in 2019 as an end-of-life option for photovoltaic panels to keep them out of landfills.

“We make it the goal to avoid the landfill for at least 95% of what comes through the door,” he said.

But solar recycling is evolving as reclamation processes still are being perfected. And at the moment, solar panel recycling isn’t economically viable.

Clark said the materials recovered from one recycled solar panel yield only $2 to $7. We Recycle Solar charges up to $20 per panel for recycling.

“Because there is a cost to getting rid of it, I’ve seen thousands (of solar panels) just get rolled into landfills,” Clark said.

Creating a sustainable option for decommissioned solar panels has had challenges, he said. The COVID-19 pandemic delayed delivery of the equipment needed to process a high volume of solar panels.

Once the facility is functional, Clark said, it will have the capacity to recycle nearly 2,500 panels a day, compared with the 600 it can recycle manually.

The future of solar recycling

Clark said photovoltaic panels contain materials that are hard to remove and can be harmful to the environment if tossed in the trash.

“You could be putting lead or other things in the landfill,” he said.

We Recycle Solar focuses on recycling panels to aluminum and glass, but it also has been working to strip traces of copper, silver and other metals away from the glass and plastics through chemical reduction. They’re still trying to perfect the process, however.

At Arizona State University’s School of Electrical, Computer and Energy Engineering, a team led by Professor Meng Tao is researching ways to recover lead and every other material from old photovoltaic panels.

“The goal of this project is to eventually help our society solve a problem,” Tao said, and to make solar recycling more cost-effective.

“The end goal is that we can build a pilot plant and practice on a commercial scale,” he said.

Natalie Click, a Ph.D. candidate at ASU and research assistant who’s working with Tao and studying material science and engineering, is focused on increasing recovery rates for lead, an extremely toxic metal, in its metallic form so it can be reused as solder and other products.

“We want to be able to say that we can make sure that all of these precious materials in the solar panel aren’t just going into the environment, that the lead isn’t going to contaminate your groundwater, that we can collect it and put it back into new solar panels,” Click said.